Europeans tend to be tolerant towards immigrants of their own ethnicity, but not always willing to live next to ethnic outsiders.
Study author:
Galina Monusova.

Immigrants accounted for 6.8% of the European population in 1990 and had reached 10.3% by 2015. The growing number of 'outsiders' has caused a change of attitudes in the host country. While most Europeans are fairly tolerant, not everyone is prepared to 'share their turf' with ethnic minorities, according to Monusova's study Public Attitudes towards Migrants in Europe.*

In Europe overall, the study reveals, reserved attitudes prevail, yet some countries tend to be more welcoming towards immigrants while some others share strong anti-immigrant sentiments.

This level of tolerance, however, extends only to immigrants of the same race or ethnic group, while far fewer locals are willing to live side by side with members of other ethnicities. Of the top five countries listed above, only Swedes are equally open to all immigrants. In contrast, only 26% of respondents in Germany, 22% in Norway, 15% in Denmark and 9% in Russia are in favour of allowing ethnically different immigrants to come and stay in their country.

Indeed, 25% of Russians are strongly in favour of closing the country's borders to immigrants from other ethnic groups. Such attitudes are stronger only in Hungary (33%) and the Czech Republic (29%). Countries with fewer proponents of barring entry to ethnically different immigrants include Sweden (1%), Norway (2%), Switzerland and Germany (4% each), the Netherlands and Denmark (6% each).

Attitudes to allowing immigrants in the host country

Attitudes to allowing immigrants in the host country 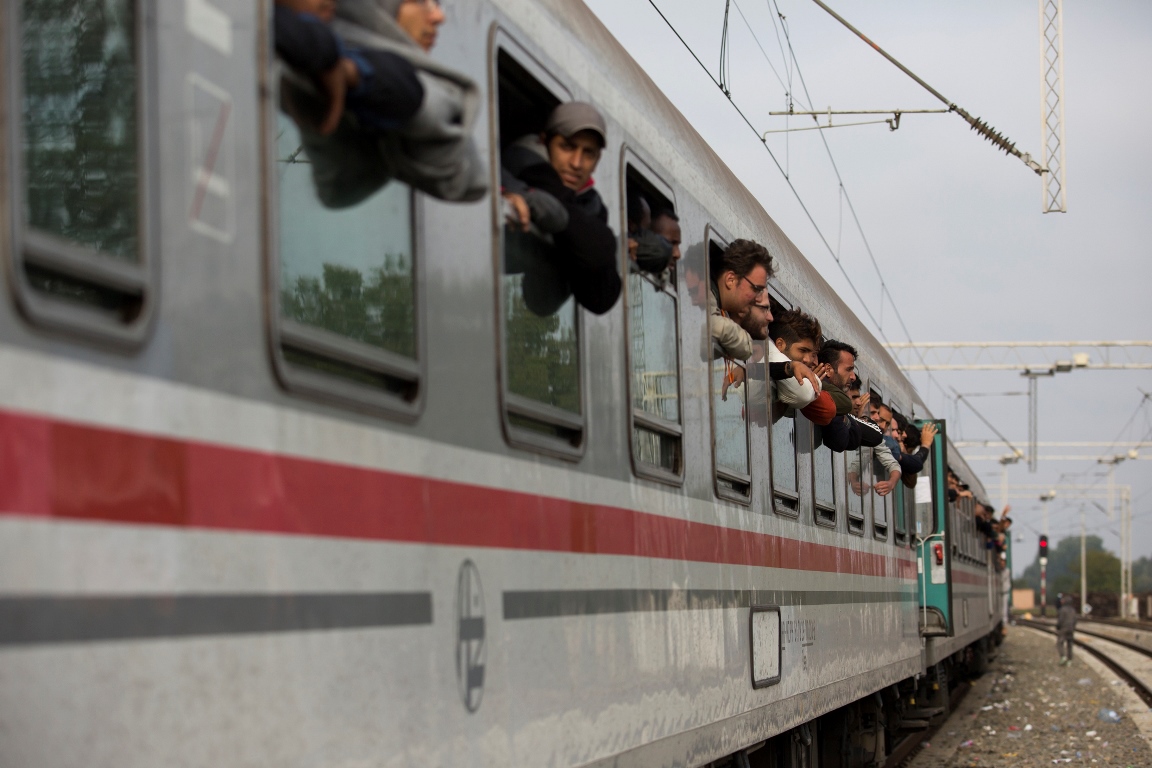 "Local people's attitudes to new immigrants may be linked to their idea of how many immigrants are already in the country," according to Monusova. Popular estimates, however, often differ from the official statistics. For example, in the UK, immigrants account for 12% of the population, while the British public tend to believe their proportion exceeds 30%. In Portugal, the difference between statistics and perceptions is four-fold at 8% and 35%, respectively.

Misperceptions can contribute to negative attitudes and result in myths about immigrants. According to the study findings, locals tend to be worried that newcomers might:

According to the survey findings, Europeans tend to perceive the risk of immigrants undermining their cultural life as the least important and that of rising crime as the most important consideration.

People in virtually every European country find it important that immigrants should accept the local lifestyle (i.e. have respect for local traditions, speak the local language, etc.). Czechs, Belgians and Estonians appear to be the most demanding hosts in this respect, while Norwegians and Danes tend to be the most relaxed ones.

People in Estonia, Austria and the Czech Republic are more likely than other Europeans to give preference to immigrants with work skills that the host country needs, and the public in Austria, Ireland, Estonia and Germany would prefer to see well-educated migrants.

A Christian background appears to be the least significant factor in European attitudes towards immigrants. "People in the Czech Republic, Poland and Estonia attach a slightly higher importance to this consideration, whereas those in the Nordic countries find it almost irrelevant," according to Monusova.

Present Stems from Past

Different attitudes to immigrants in European countries cannot be explained by current circumstances alone. Instead, they are rooted in the respective countries' past, including cultural and religious traditions, historical events and ancestral activities, the study reveals.

For example, people in Protestant cultures tend to be more tolerant compared to Roman Catholics. Likewise, attitudes towards newcomers tend to be more favourable in the Nordic countries, where people have traditionally practiced hunting and fishing and thus needed to interact with 'outsiders', e.g. from neighbouring settlements.

Some societies' colonial past may also contribute to their current tolerance. "People in more advanced countries often share a sense of responsibility in relation to residents of their former colonies and accept their immigration as a natural process," the author notes.

Tolerance notwithstanding, the absolute majority of Europeans remain wary about immigrants. Indeed, their concerns are growing, as reflected in the increasing support enjoyed by anti-immigrant political parties even in countries as hospitable as Sweden and the Netherlands.

* The study is based on data from the European Social Survey (ESS) Round 7 (2014). Data is available for 15 European countries (Austria, Belgium, Switzerland, the Netherlands, France, Germany, Sweden, Finland, Denmark, Norway, Ireland, the Czech Republic, Poland, Estonia and Slovenia). The total sample is 29,800 people.