Lack of Financial Literacy Can Hit Russians in Pocket

Russians know how to count their money, but often ignore the rules of responsible financial behaviour.

Many Russian consumers lack the knowledge and skills needed to use finance in ways that benefit them and economy. Almost half (46%) of the Russians surveyed admit to financial illiteracy. These are the most recent findings from the HSE Monitoring of Financial Behaviour and Trust in Financial Institutions.

Most Russians are comfortable with basic financial mathematics. Numeracy tests administered as part of the monitoring reveal that 50% to 76% (depending on the question) of respondents can calculate the amount of interest income generated by a bank deposit at a given interest rate over a certain period and understand how inflation might affect their earnings and how to avoid losing money on discounts and sales.

This brings Russians on a par with Europeans in terms of financial numeracy. For example, 45% of Russians can make sense of simple and complex interest rates, which is similar to Hungary (46%) and Germany (47%) and higher than in the U.K., Czech Republic and Poland (37%, 32% and 27%, respectively).

Proportion of correct answers to questions about simple and complex interest,

% of all respondents in respective countries

However, being able to calculate interest does not equal overall financial literacy, which also requires knowledge on how the financial market works and the skills of managing personal finances.

While noting a certain progress in terms of financial literacy since 2009, the researchers emphasise that basic financial education is still a priority for Russia.

According to the findings, people in Russia tend towards an accurate self-assessment of their own financial literacy: almost half (46%) describe it as unsatisfactory. The proportion of those admitting to no knowledge or skills in this sphere increased from 16% to 20% between the surveys.

More than half of all Russian do not keep a written record of household revenues and expenses, and almost one in ten Russians is not sure how much money they receive and spend in a month.

According to the 2016 findings, almost one in ten Russians (9%) takes chances by signing financial contracts without reading them first; one-quarter (26%) do read the contracts, but sign them regardless of whether or not they fully understand their content, and only 35% of respondents read, ask questions and seek advice on financial contracts before signing them.

Who Takes Responsibility for Risks 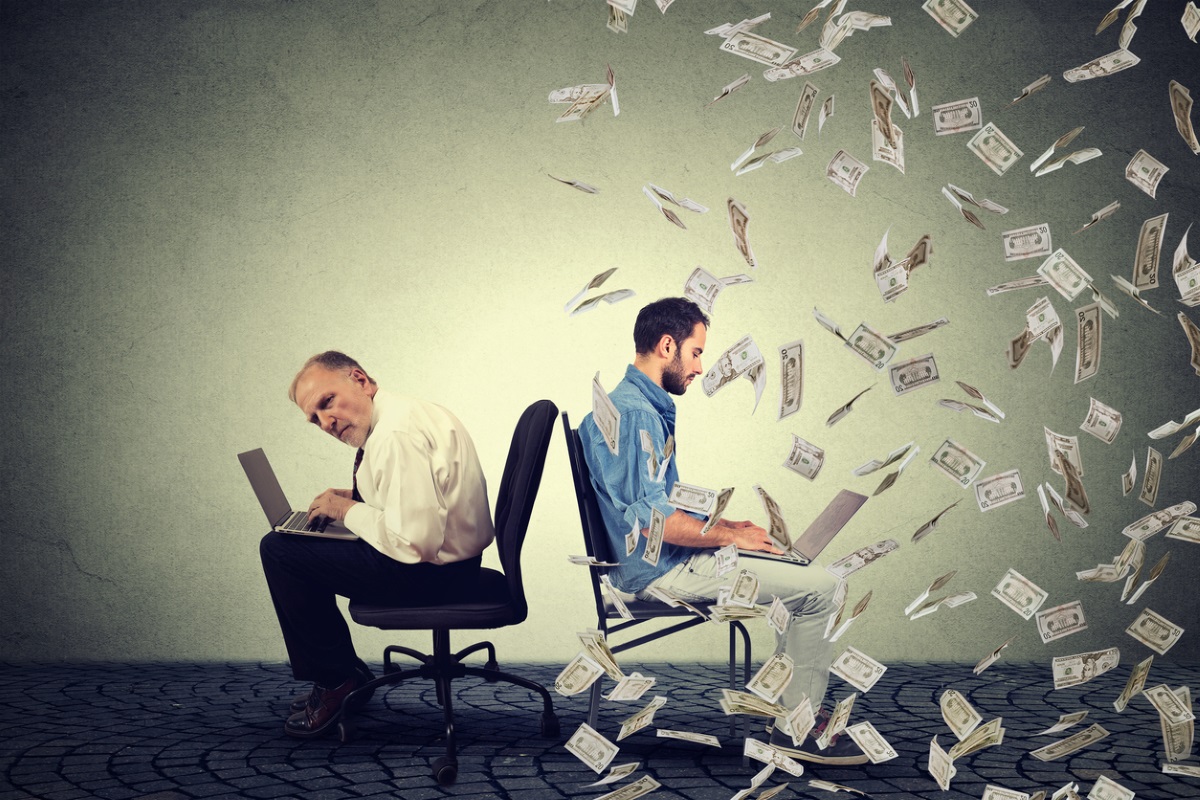 According to the monitoring data, financial literacy tends to be higher among Russians with high incomes, aged 36 to 45, university-educated, and living in big cities (with a population of 500,000 and more).

The level of financial literacy also tends to be higher in people trained in economics, but not all schools and universities in Russia teach this subject, even at a basic level.

In this context, financial education is of primary importance. However, providing such education may be hindered not only by a lack of suitable courses, but also by certain public attitudes. According to sociologists, paternalism is widespread in Russia, causing many people to underestimate their personal responsibility for any financial loss and traditionally expecting the government to come to their rescue.

Between 1980s and 1990s, following the Law on Cooperation in the USSR, the first cooperative commercial banks and private insurance companies emerged.

In the early 1990s, the first non-state pension funds were established.

Between 1992 and 1994, voucher privatisation stimulated the creation of investment funds.

The 2000s were marked by the first offers of products such as 'salary cards' and consumer loans, the emergence of credit cooperatives and microfinance institutions, and the gradual penetration of online payments, e-money, cryptocurrency, etc.

*Monitoring of Financial Behaviour and Trust in Financial Institutions is carried out by the HSE Laboratory for Studies in Economic Sociology annually on a sample of 1,600 Russians aged 18 and older.

Author: Svetlana Saltanova, June 13, 2017
All texts by
Economics finance financial literacy
Economics
Article
Efficient, but Not without Help
How Russian state-owned banks differ from their foreign counterparts
Sociology
Russia’s Middle Class
Who are its members and how do they spend their money?
Sociology
Short-sighted Investors
How rational are Russians?
Finance
Sociology
Women CEOs Still Rare in Russian Banks
What is the gender balance of high-level financial management in Russia?
Economics
Honesty Test
Why Russians Were Asked to Toss a Coin
Finance
Hormone Levels Influence Demand for Financial Services
New findings by HSE researchers indicate that prenatal testosterone exposure can influence an individual's financial behaviour, such as the use of bank cards, deposit accounts, loans and insurance.
Spotlight
Sociology
Interview
'We construct a portrait of Russian society'