While the patriarchy persists, women tend to adopt men's distrust of women's abilities and view on women as 'the weaker sex'.

In a conservative society, women as well as men tend to hold sexist attitudes towards other women, treating them with disrespect and criticising them either for being too feminine and sexual or for taking on traditionally 'male' roles. This type of gender bias assumes a limited range of 'female' roles in society. Misogyny and distrust of women's abilities can generate a fear of femininity, according to Savinskaya and Zakharova's paper Using Mixed Methods to Study Internalised Misogyny among Millennial Women.

The paper is based on findings from quantitative (380 questionnaires completed in Moscow and Moscow Region) and qualitative research (10 interviews). The respondents are women aged 21 to 36.

It would seem that women's emancipation has lowered the relevance of 'women's issues', as equality between genders in terms of rights, opportunities, talents and achievements has generally been recognised. Patriarchy, however, has not disappeared. Conservative attitudes are not only alive but quite common among women as well as men (see also Why Women Executives Are Rare). According to Savinskaya and Zakharova, underlying the tendency to look down upon other women, or acquired misogyny, are four basic concepts: dominative paternalism, competitive gender differentiation, heterosexual hostility, and corporality.

§  Competitive gender differentiation means that women tend to compare themselves to men and enhance their own self-esteem by finding similarities with men.

§  Corporality is one’s perception of their own body, which in women is often negative due to popular beauty stereotypes. 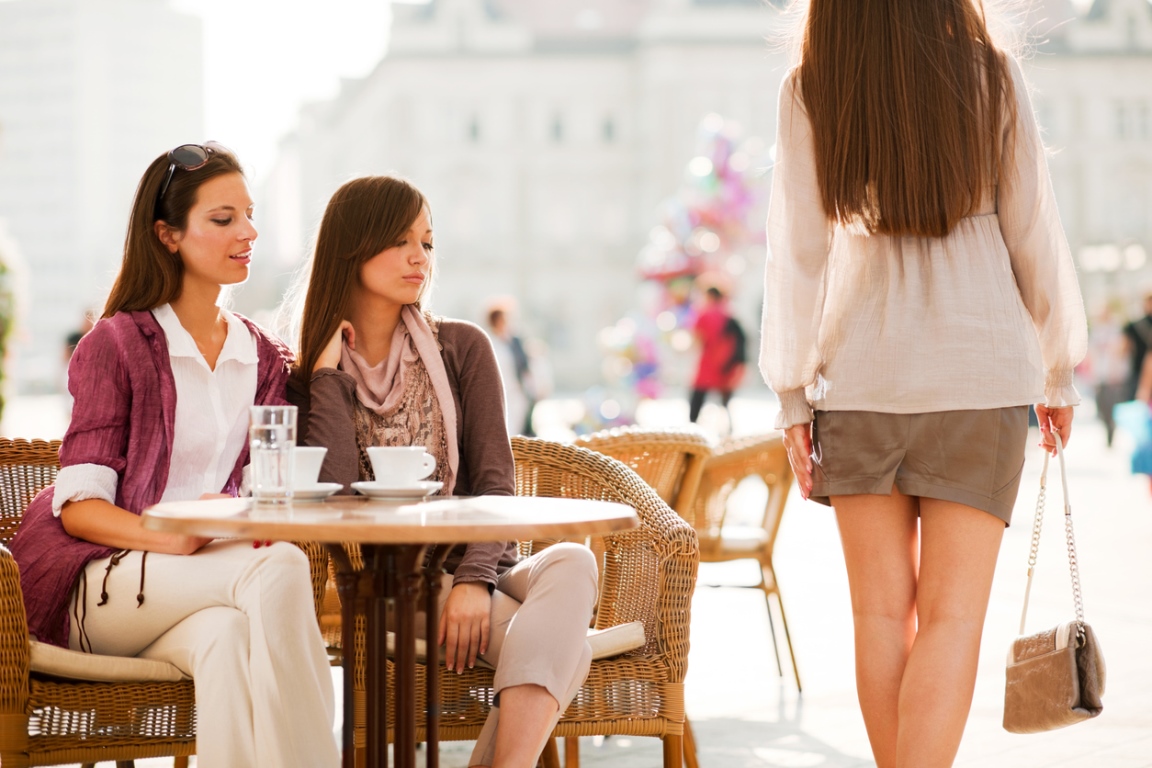 The study found hostile heterosexuality particularly common, as many respondents criticised other women's demonstration of physical attractiveness, often associating such behaviour with low intelligence. "For those women who paint themselves, wear tiny clothes and hang around making eyes [at men], this [lack of mental abilities] is not a problem," says a respondent aged 24. "They don't really need brains..."

According to respondents, being very attractive gives women access to luxury items. "When I see women in posh cars like Porsche Cayenne, I can understand immediately where she got it from," according to a respondent aged 23. "Of course, she could not have earned enough to afford it..." In this example, hostility is combined with gender differentiation: seeing a young and attractive woman automatically leads to the conclusion that she could not have earned enough money to pay for her car. Most respondents link sexuality with a lack of independent ability to achieve success.

Men Are from Mars, Women Are from Venus , the title of a famous book by American psychologist John Gray, has become a catchphrase for emphasising opposition between genders. Gender differentiation treats men’s and women's capabilities and social roles as being explicitly different.

Respondents sharing this perspective tend to emphasise women's primitive life strategies, such as "showing off to find a suitable partner.” According to a respondent aged 24, "girls at reception" are incapable of career accomplishments, but instead accentuate their physical assets ("showing off her boobs"). "You go to the gym and see ... girls running around in tiny shorts and tops," says another respondent aged 21. "Clearly they are not there for a workout." Respondents tend to distance themselves from this type of behaviour: "I would feel inadequate looking like this – I have other, normal goals in life" (respondent, aged 23).

Interestingly, no matter how critical some respondents were towards other women for "showing off" their appearance, they still consider it a duty for themselves to be attractive. "A woman should look after herself and make her husband happy with her good looks," according to a 23-year-old respondent. Perhaps this attitude stems from women's perceived competition in the marriage market.

So the respondents agree that physical attractiveness is part of the female identity and many are not quite happy with certain aspects of their own appearance but consider such perfectionism appropriate. "What girl does not want to have a better body – slimmer legs and waist, larger breasts?" (respondent, aged 23). Young women who were happy with their looks admitted that they enjoyed looking better than their peers.

At least partially, the desire to be irresistible is a by-product of the sexual revolution with its emphasis on allure and temptation. The beauty industry is a powerful instrument of pressure on women. In this new gender paradigm, appearance takes on social significance, and "a caring housewife contract is replaced by a young and beautiful model contract," according to the researchers.

The survey responses also reflect dominative concepts. Gender and family roles are clearly defined, with the man being the provider and head of the family and the woman being mother, wife and homemaker. According to a respondent aged 31, "The woman bears all responsibility for homemaking." Another one, aged 21, echoes, "A girl should be focused on the family."

In this context, women are perceived as 'the weaker sex' in need of male protection. Paternalistic attitudes have been revealed in women with different backgrounds, education and life experience, such as housewives, office workers, students, etc. "A woman should create... comfort, and a man should enjoy it," according to a respondent aged 23. A woman aged 30 said, "A man should feel that he is the breadwinner; a woman would humiliate [her man] by bringing more money to the family."

Recognising every woman's right to have a career, some respondents added that it should not stand in the way of homemaking and childrearing.

Girls Play up to Stereotypes 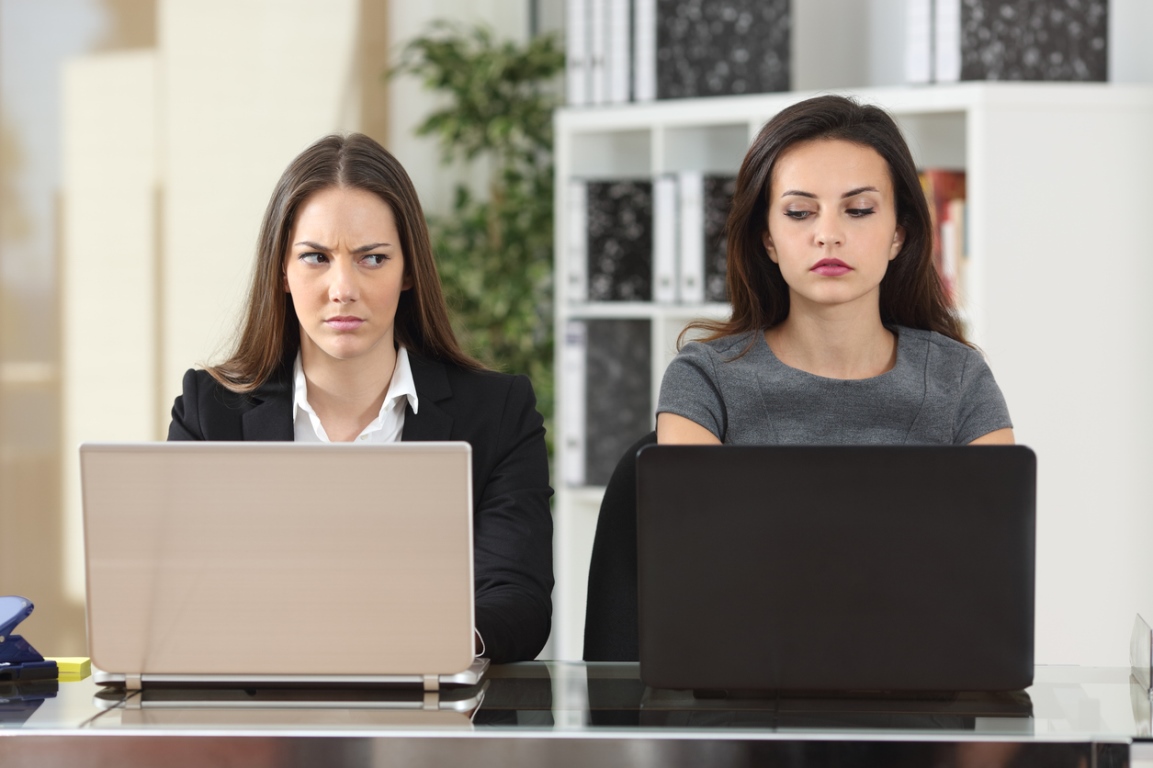 Many respondents admit having modified their behaviour to fit gender stereotypes in order to achieve their goals. According to a 21-year-old respondent, she always acts in line with the beauty versus intelligence stereotype. "I've made it a rule that when I am about to be assessed by another woman, I wear no makeup and keep my hair away from my face; then I just sit in front of her making no fuss." Such mimicry can help in a variety of situations: "I never wear flashy clothes [to an interview] and generally try not to look too good. Because I know that [this] could play a negative role."

Indeed, having encountered misogyny, women have learned to manipulate it for more effective non-verbal social communication.

The researchers have used qualitative data from the study to measure misogyny levels (found to be high in about 100 respondents), construct a profile of 'female misogynist' and identify common types of misogyny.

Women most prone to misogyny were likely to have a number of characteristics, such as having children, being employed in a subordinate position, holding negative attitudes towards women taking up 'male' roles, having experienced romantic relationships and perceiving the husband as the head of the family.

A few factors have been found to contribute to acquired misogyny, such as rejection of one's body, perceiving physical attractiveness as a guarantee of success, believing intellect and career to be of secondary importance for women, making a distinction between 'male' and 'female' activities (sometimes defined more specifically as management and leadership for men, home and children for women), and sharing the idea that women cannot be fully autonomous.

Based on different combinations of these attitudes, the researchers identified six types of acquired misogyny.

"The long-lasting and socially approved image of a multifunctional woman has recently been transformed and expanded," the authors comment.

It would seem that since end of the Soviet era, more opportunities have opened up for women to fully experience their femininity, as the strict requirements of the 'Soviet working mother' contract have been relaxed. Yet, society's conservatism persists and takes advantage of the new and wider choice of female identities to expand the Soviet-era contract by adding the requirement for women to be beautiful, according to Savinskaya and Zakharova.

This complex set of social expectations of ‘the weaker sex' creates a fertile ground for misogyny. "Like men, women tend to devalue other women for failing to fit the social stereotypes," the researchers conclude.

Author: Olga Sobolevskaya, August 10, 2017
All texts by
Sociology emancipation gender studies
Sociology
Intensive Mothering
What it looks like and what it means for children
Sociology
Gender Inequality in Academia
Sticky Floor, Glass Ceiling and Other Problems
History
Culture
How Equality Started in Research
Female researchers in the Soviet Union of the 1920s
Sociology
Culture
How Gender Inequality Is Reproduced on Social Media
Sons are more popular than daughters on social media
Sociology
Education
Clearly Defined Roles for Girls
How Kindergartens Serve as Gendergartens. The origins of gender inequality
Sociology
Psychology
Hurdle Race
Why Women Rarely Reach Top Positions in Government
Spotlight
Psychology
Research
People Do Not See Spelling Mistakes as a Sign of Limited Intellect