Staff members from HSE and the Hydrometeorological Centre of Russia have proposed a new operative scheme for the short-range complex forecasting of wind and possible gusts, surface air temperature, and humidity. The results, i.e., estimates of average forecast errors at different lead times and their comparison with competitors’ results, were published in the journal «Russian Meteorology and Hydrology».

‘We assimilate results of several schemes — Russian and foreign — and process them together, using real data from thousands of synoptic stations over the years of observations. These large archives help us to receive a certain combination of data and to improve the results, that is, to reduce the error compared to the best of the analysed data,’ says Vladimir Gordin, Professor in the Department of Mathematics at the HSE Faculty of Economic Sciences and one of the study’s authors.

Professor Gordin also explained how this scheme can be used in practice: ‘A powerful system of meteorological observations was organized in the USSR. It was reduced in size, hardly and slowly modernized, but it still operates somehow. Russian measuring devices have largely been replaced by imported ones. There are a lot of problems in this sphere in Russia, and these devices (even automatic weather stations) are now for sale. Let’s imagine that some organization, company or even individual would like to purchase such a weather station. The device has little value to the buyer who feels the weather outside without the station.

But if the buyer registers, receives an individual callsign (number) and transmits measurements regularly and efficiently, our scheme will help the person to receive forecasts for several days in response namely for his location. Such forecasts, if they are accurate and timely, can come in handy for a manufacturing plant or a health centre administration, fishermen, transport operators, builders, and power engineers. Our weather forecast scheme helps, for example, to significantly clarify the hourly forecast for energy consumption for the regions of the Russian Federation or the daily number of ambulance visits for certain groups of diagnoses.’

The authors compared the errors of the minimum and maximum temperature for several popular sites on the archive from January 2016 to June 2017 for Moscow, St. Petersburg and Yakutsk. Forecasts have different lead times. Figure 1 shows mean absolute errors of these forecasts for a year and a half. For comparison, errors of these forecasts under the new scheme (KOMPL-B) with a lead time of up to 4 days – if the calculations were implemented using this option during that time period – are also shown here. 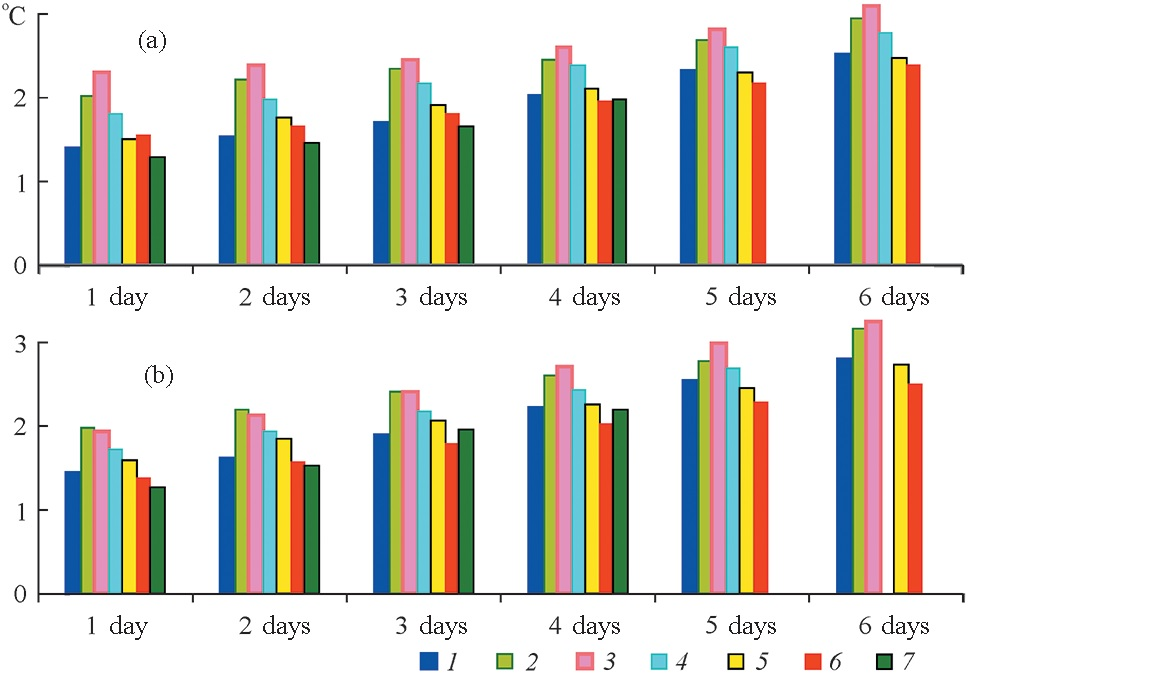 The authors also developed a scheme of squall (dangerous gusts of wind) forecasts, and created a system that generates more accurate data on the danger of wind and reduces false alarms. The latter is very important, as each false alarm cause economic loss and lost trust among users of the forecast.

After developing a new complex forecast, the authors compared the predicted speed of gusts in different schemes with the actual speed. They tested the squall forecast separately in cold seasons of 2015-17 (14 months from October to April) and in warm seasons of 2015-16 (10 months from May to September), taking into account the specific characteristics for the European and Asian parts of Russia. At the same time, different forecast lead times were analysed — 12, 24 and 36 hours. It was shown that the scheme of the complex forecast for the squalls also shows more accurate information.

Although the results were obtained a year earlier published, they were published in the summer of 2018, allowing the complex forecasting scheme to work more accurately.

Vladimir Gordin, Professor,Department of Mathematics,Faculty of Economic Sciences at HSE