Neurophysiologists cast doubt on existence of free will

‘Free will,’ as we commonly think of it, does not exist: the brain often makes decisions even before we become aware of the choice. This makes it simple to predict a person’s actions based on previous behavioural patterns. Here, HSE University Professor Vasily Klucharev explains this understanding in his own words. 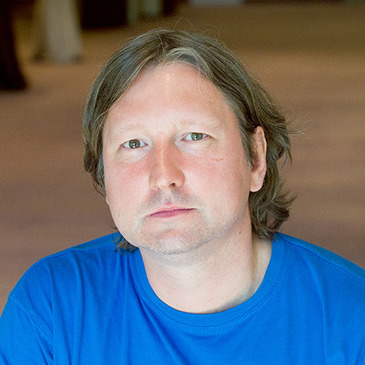 For decades, neuroscientists have been debating just how much free will people have in making decisions. The controversy dates back to the 1970s, when Benjamin Libet conducted a series of experiments using an electroencephalogram (EEG). He found that the brains of his test subjects emitted EEG signals approximately half a second before the people themselves were conscious of a desire to, in this case, move their hand. Libet suggested that every free action is preceded by unconscious neural activity in the brain. Thus, what we would ordinarily think of as a voluntary movement is only the consequence of a certain neurophysiological process in our brain.

A ‘fatalistic’ interpretation of this experiment holds that a person’s actions are predetermined both by the physiological processes in his brain and by the whole chain of events that led his brain to this state. It is only an illusion that we made voluntary, conscious decisions. A slightly modified version of Libet’s experiment was later conducted using functional magnetic resonance imaging (fMRI). This made it possible to predict the test subjects’ decision 6-10 seconds before their conscious awareness of it.

In this debate, some researchers hold that the experiments measure not the presence or absence of free will, but freedom of action. The Russian philosopher Danil Razeev is one prominent proponent of this view and he sometimes clashes with neurophysiologists on the subject. In his opinion, the findings of modern neuroscience in no way disprove the existence of free will. He links free will with the realization of mediated intentions or, in the terminology of U.S. philosopher Harry Frankfurt, ‘second order volition.’ For example, ‘I want to drink that lemonade’ is a first order desire, whereas the desire to overcome the habit of drinking sweet beverages is a second order volition. According to Razeev, we can act freely in the latter case.

I disagree with Professor Razeev’s assertion that free will is required for the realization of second order intentions. Psychologists and neurobiologists currently posit the existence of at least two decision-making systems in our brain. For example, the first order desire ‘I want to eat’ activates the first system. These are the evolutionarily ancient regions of the brain responsible for emotion. And yes, that first order desire can be suppressed by, say, dieting. That is a second order volition of the brain’s second system that is connected with activity in the frontal areas of the cortex. However, biological processes also determine the work of the frontal areas of the cortex, and it is possible to predict its activity even before the subject performs the task itself. Thus, strict neurophysiological processes explain both types of intentions. You can control yourself only if your brain (the frontal areas) are in a particular physiological state. That is, everything we currently know about the decision-making process indicates that in a hypothetical situation, under the same circumstances that put your brain in the same state, you will make the very same decision, even if it is connected with a second order volition. Figuratively speaking, no matter how many times you release a balloon, it will always fly upward, and no matter how many times you put a brain in the same state, it will make the same decision. What seems to be the ability to do otherwise is just an illusion.

In philosophical traditions, the ability to change one’s decision arbitrarily is a key feature of ‘free will.’ However, the principle of determinism that is widespread in physiology and that holds that all brain processes have physical causes leaves no room for such ‘free will.’ For example, according to a popular scientific model, we make a specific decision when the difference in the activity of neurons responsible for alternative solutions reaches a particular threshold.

Simply put, a decision results when the information supporting a particular alternative reaches a certain threshold. Clearly, if the brain remains in a given state, it will always make the same decision in response to information concerning two alternatives. Because the information is always perceived in the same way, there is no reason the brain would act otherwise. The metaphor of a filmstrip illustrates this well: no matter how many times you rewind the film, when you view it again, you will always return to the same frame.

One can also argue that a chance firing of neurons could lead to a different decision. However, a chance decision no more reflects free will than does a fully deterministic decision. Interestingly, determinism is so incompatible with the concept of ‘acting otherwise’ that some philosophers seriously suggest hiding this fact from the public, ‘as though nothing had happened.’

Soon, you will be able to not only read about how modern neuroscience looks at free will but see it in action as well. A movie about modern brain research, ‘The Brain – Evolution,’ will be released in November. It shows scientists conducting experiments, debating and reflecting on not only the practical side of science but also on how it influences our ideas about the world..
Author: Vasily Klucharev, September 22, 2019
All texts by
Psychology neuropsychology
Short news
Healthy Aging Entails Reorganization of Function in Prefrontal Brain Areas
Psychology
Scientists Uncover New Facts Concerning Working Memory in Children
Researchers from the Higher School of Economics conducted a meta-analysis by compiling data across 17 neuroimaging studies on working memory in children.
High Tech
Spontaneous Fluctuations of Brain Activity Influence What You See
Psychology
How Neurotechnologies Impact Risk Appetite
Psychology
Visual Perception of Summary Statistics Not Following Mathematical Rules
People are capable of estimating the mean size of visible objects and their approximate number simultaneously, showing for the first time that these two cognitive processes are independent of each other and do not follow the rules of mathematical statistics.
Psychology
Health Studies
Researchers Uncover How to Boost Learning Efficiency in Neurofeedback Paradigm
Spotlight
Sociology
Interview
'We construct a portrait of Russian society'