Creativity as an economic powerhouse

Russia has 3.5 million people in creative occupations and 2.7 million employed by creative industries. IQ.HSE used data by the HSE Institute for Statistical Studies and Economics of Knowledge (ISSEK) to see how much these two figures overlap and how creative employment is different from creativity. Having assessed Moscow's creative economy, the experts have broadened their scope to Russia at large. The findings are published in the inaugural digest of the Human Capital Multidisciplinary Research Centre.

What are creative industries?

These are sectors of the economy where much of the added value comes from creative activity and managing intellectual property. Creative industries include architecture, industrial design, fashion, music, films, etc. ISSEK estimates there are 16 such industries in Russia according to international classifications. How important is the creative sector to economic development?

In terms of gross value added by creative industries, the leaders are China ($988 billion in purchasing power parity terms, or PPP) and the US ($921.6 billion PPP). Other nations lag far behind—Russia adds around one-ninth of that value ($104.6 billion PPP). 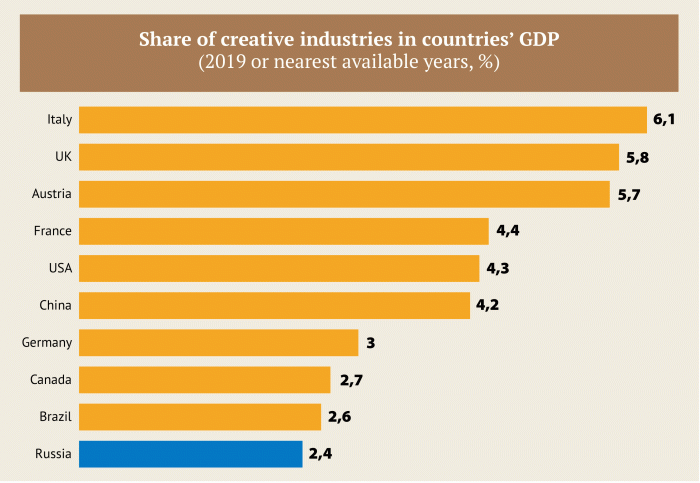 Which creative industries are growing the fastest?

In 2019, advertising (+48%) and information technology (+36%) accounted for nearly all of the growth of this market in Russia (348 out of a RUB 399 billion gain). The top five fastest growers are fashion, TV and radio broadcasting, music, performing arts and recreation. 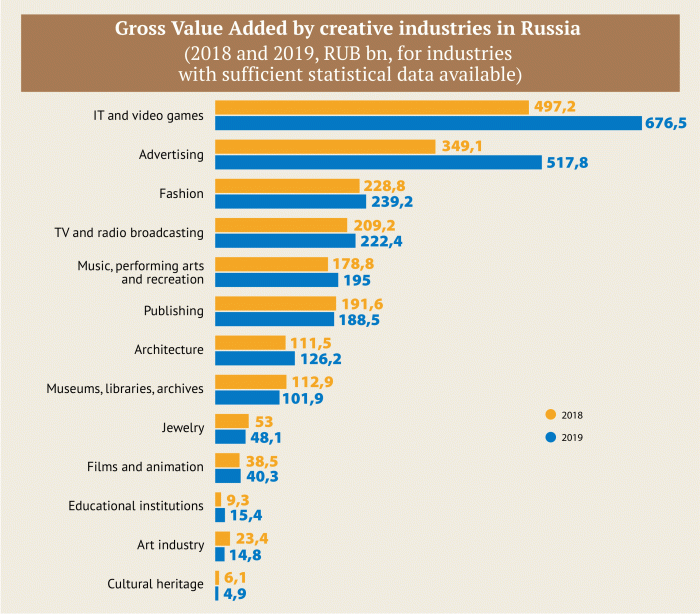 Who ‘tills the creative soil’?

At the same time, creatives can be found outside creative industries (such as automotive designers), and those in creative employment are divided into professionals (such as copywriters in advertising agencies) and support staff (such as secretaries in film companies).

Source: HSE ISSEK, based on estimates by the UK Department for Culture, Media and Sport (DCMS)

How large is Russia’s creative sector in people terms?

How does this compare with other countries? 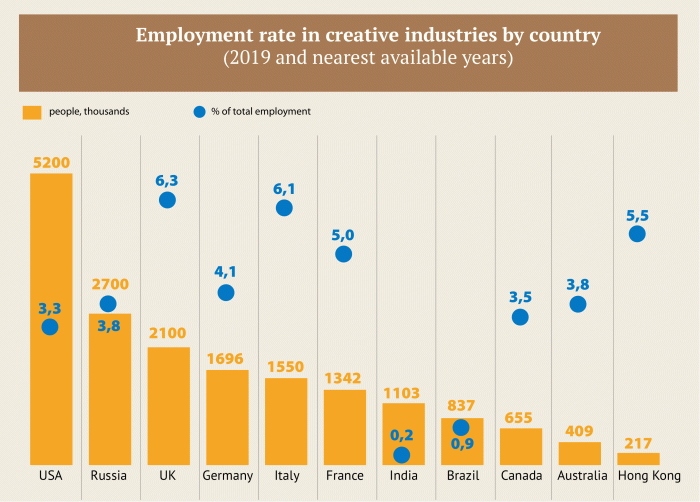 Where do the majority of creative staff work?

In fashion, music, performing arts, recreation, and publishing. According to Rosstat, these industries account for more than two-thirds of creative occupations.

As for the fashion industry, things are not as clear-cut. The industry owes its lead to seamstresses, but the world is divided on whether or not this a creative occupation. Which cities do most creative Russians live in?

In cities and towns — where demand is higher and the market is more competitive. This is where nearly 87% of all those working in the creative economy live. Moscow is the main center of attraction, with a 24.5% share, which means that one in four creative workers in Russia lives in the capital. The next most popular are Saint Petersburg (7.3%) and Moscow region (5%).

Is scale of employment a sufficient measure of the creative economy?

Yes, but there are others as well. The sector is also evaluated by looking at foreign trade in creative products and services, the performance of creative businesses and the contribution of creative industries to the economy (using statistical classifications).

Measurement techniques are still evolving, partly because there is no universally accepted approach to the typology of creative industries and occupations, which different countries group differently.

Foreign trade—what's it about? What is Russia buying and selling?

To put it simply, Russia imports more creative services and products than it exports. For instance, in 2016–2019, exports of services grew by about 10%, while imports added about 30%. 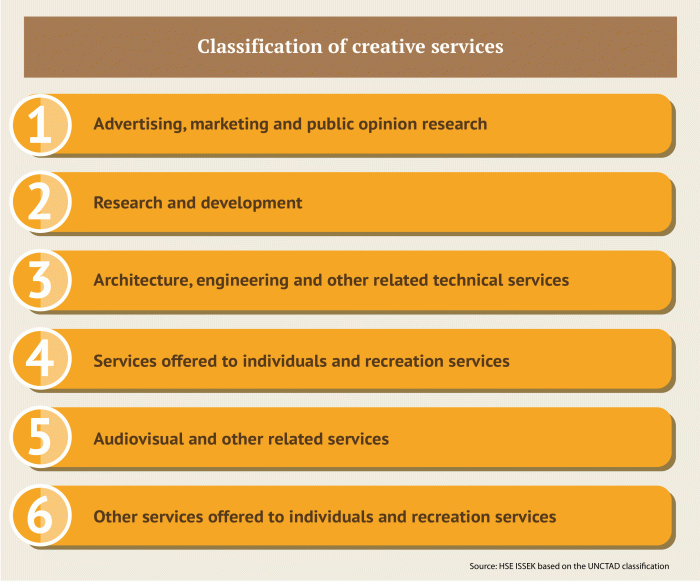 Printed products (books, newspapers, etc.) account for 54% of the creative goods sold by Russia. The next largest group is interior decoration items. The majority of imports are designer products (77%), especially furniture and toys. 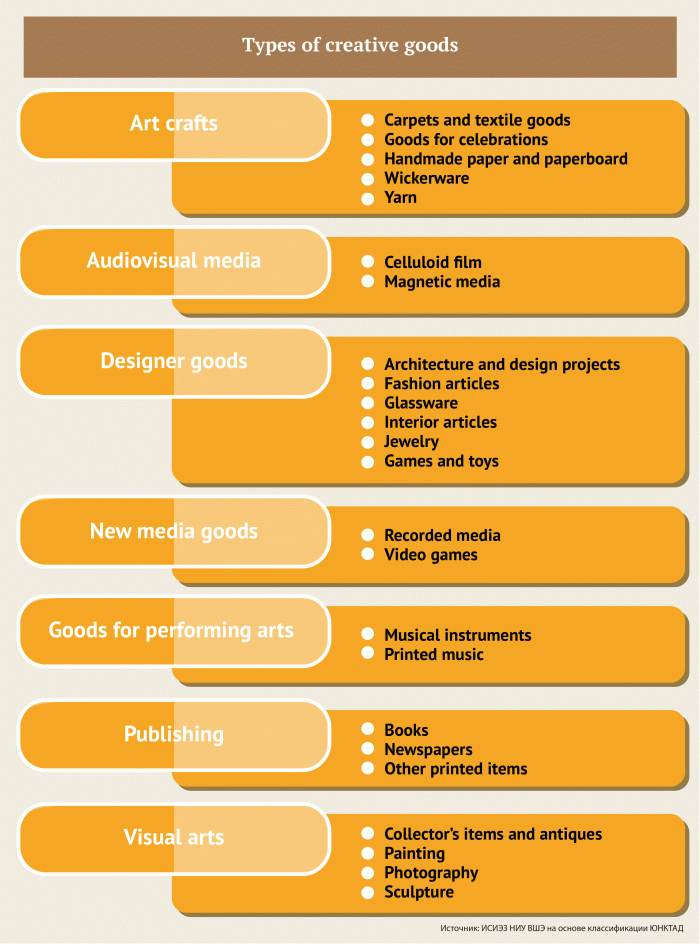 Russia has the lowest energy efficiency, while Armenia leads for renewable energy development

How fatherhood has changed and what contemporary fathers are striving for