These include genes responsible for blood clotting. This finding reveals a potential for using anticoagulants in cancer treatment

HSE researchers have found genes characteristic of the most aggressive subtype of clear cell renal carcinoma. Having studied data on tumour samples from 456 patients, Grigory Puzanov, research fellow at the HSE Faculty of Computer Science International Laboratory of Bioinformatics, identified cancer subtypes associated with either a favourable or unfavourable course of the disease. The paper is published in Scientific Reports.

Clear cell renal carcinoma (ccRCC) is the most common subtype of kidney cancer, with five-year patient survival outcomes ranging from 60% to 70% and the number of new cases on the rise in recent decades. Despite extensive data available on the disease, there is little information on specific human genes which could help predict its clinical course.

Findings from Puzanov’s study reveal which ccRCC subtypes are more dangerous than others and which human genes appear to be responsible for the progression of the disease. This new information is significant for the early detection of aggressive tumours and for designing personalised treatment plans for ccRCC patients.

The author analysed data from The Cancer Genome Atlas (TCGA) on 456 tumour samples for which no radiotherapy or additional pharmacotherapy was performed. Subtypes with different survival rates were identified using the k-means method for clustering samples into subgroups with similar characteristics. For gene clustering, Puzanov selected 2,000 genes with highly variable expression patterns in ccRCC.

Gene expression is the process by which a gene is read and copied to produce a messenger RNA (mRNA) which is then used to synthesise proteins.

A bioinformatic algorithm was run 100 times, each time sorting the tumour samples based on similarity of the 2,000 genes’ expression patterns. Three clusters (subtypes) with different survival rates were identified. The cluster with the lowest survival rates was associated with metastases and the worst response to subsequent treatment.

The study was carried out in several stages. In stage one, each cluster's characteristics were examined for a better understanding of genetic factors which could influence the course of the disease. Then, the study author identified the key genes specific to high and low survival clusters and constructed a network of interactions for proteins whose synthesis is encoded by these genes. 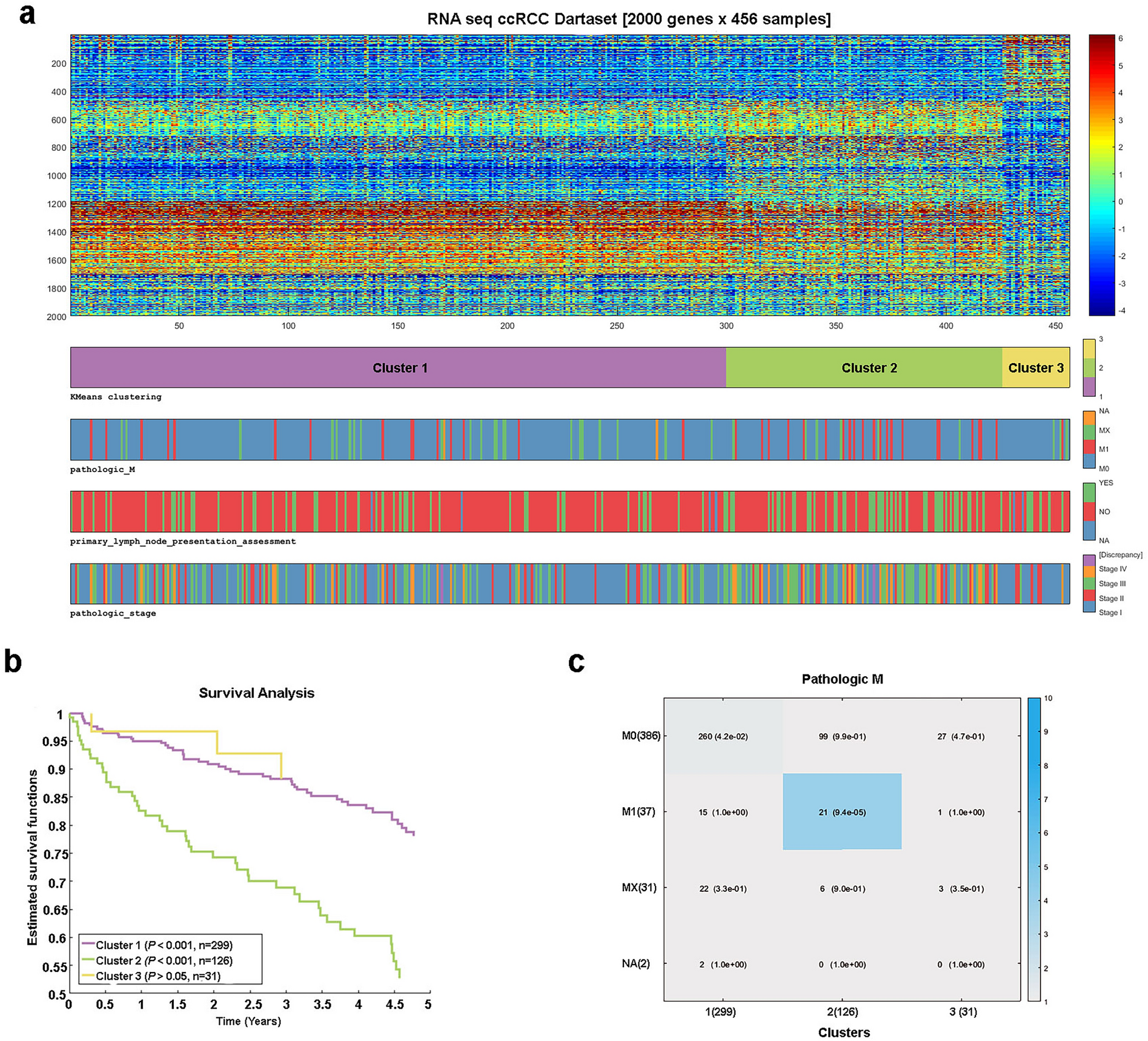 Puzanov’s analysis determined which genes encoded proteins with the highest number of network connections. The cluster with the poorest survival rates was found to be associated with the MFI2, CP, APOB, and ENAM genes known to be involved in the transport of insulin-like growth factor (a protein similar in structure to insulin) and in post-translational modification of proteins. In addition, specific to the low-survival subtype were the genes encoding fibrinogen and prothrombin associated with blood clotting (FGA, FGG, and F2).

Some of these key genes may affect the efficacy of anti-tumour therapies. For example, increased activity of the CP, FGA, and FGG genes is associated with poor response to nivolumab, and high expression of APOB and ENAM predicts a lack of response to sunitinib. This knowledge can help in prescribing the most suitable targeted treatments for patients with malignancies.

According to the researcher, combined use of conventional anti-tumour agents and anticoagulants (medicines that help prevent blood clots) can increase the effectiveness of cancer treatment. Thus, there is evidence that heparin, which is commonly used to treat thromboembolic events in cancer patients, contributes to patient survival and has anti-metastatic activity.
IQ