Which Type of Advertising Works Best?

Advertising on the internet, billboards and regional TV has been found to be the most effective.

Advertising can boost company revenues and profits with the right choice of ATL (Above the line) instruments, of which the most effective can be television, outdoor media and the internet, according to Katkova’s paper "Evaluation of the Relationship between ATL Costs and Financial Performance of Russian Businesses."* She studied the marketing policies of 89 large Russian companies publishing their financial reports, with an annual advertising budget starting at 400 million rubles and an annual turnover of at least one billion rubles.

While all of them are important for reaching the target audiences, three have been found to be more effective than others in raising company revenues, namely outdoor ads, the internet and regional television: their strength is believed to lie in the focus on the ‘here and now’.

Outdoor advertising tops the list thanks to its focus on the immediate objective of selling the product as opposed to raising brand awareness and customer loyalty; in addition to this, outdoor ads are often located next to where the product in question is being sold and can be used to tell customers about promotions, discounts and new items.

Ads in conventional media and the internet come second in terms of their direct contribution to sales and revenues, since compared to outdoor ads, they are used more often for building company image, as well as indicating where one can order or buy the advertised product or service.

These are followed by regional television which has an advantage of appealing to local preferences and customers, but relatively limited impact on sales revenues, because most of its audiences are not anywhere near the place where they can immediately buy the marketed product.

Where companies can best spend their advertising budgets depends on what they sell, which may include services or goods — PLG (premium luxury goods), CD (consumer durables) or FMCG (fast moving consumer goods ).

The study found that outdoor and TV ads work best for marketing FMCG, outdoor ads and print media for CD, and outdoor ads for services. 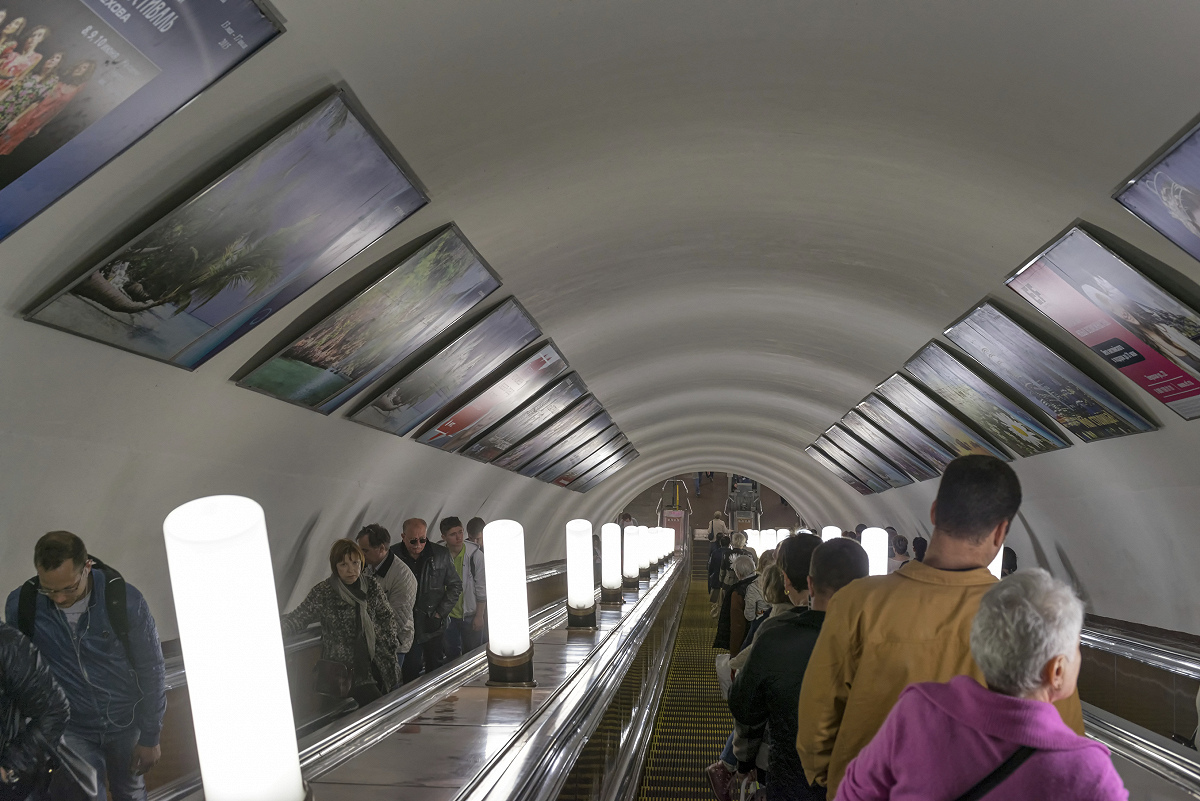 According to Katkova, web-based advertising works universally for all types of products and services.

Properly placed, advertising can serve both manufacturers and retailers simultaneously, as is the case with FMCG, where a consumer, having seen a product advertised by manufacturer on television, then passes by a retailer's outdoor ad featuring the same products and buys it, thus benefitting both companies.

In building their advertising budgets, companies need to consider more factors than potential revenues, as the role of ATL advertising in company net profits can be offset by its cost.

The study's author found a significantly positive effect on company profits only for outdoor and internet advertising. Some companies avoid spending on TV ads, as the expected increase in revenues can be the same as the cost of airtime or even less.

*The study's findings were obtained using regression models on revenue and net profit data from 89 of the largest public companies in Russia. Company information was sourced from their published financial statements and the Expert Rating Agency data for 2011-2013. Data on ATL costs was prepared by Adindex.ru in consultation with the Association of Communication Agencies of Russia (ACAR) based on information from TNS Media Intelligence and ESPAR.

November 21, 2016
Economics consumption marketing retail
Sociology
Russia’s Middle Class
Who are its members and how do they spend their money?
Ecology
Sociology
The Garbage Problem
How Russians are dealing with it
Ecology
Psychology
The Success of an Environmental Charge
How the British society tackles excessive plastic bag use
Sociology
Throwing Out Food
Attitudes to food waste in Russia
Media
Instagram* Micro-celebrities
What factors contribute to online endorser credibility and influence consumer behaviour?
Economics
Why There is Not Enough Milk in Russia
Low-quality dairy products have taken one quarter of the Russian dairy market. In the cheese segment, this share has reached 80%.
Spotlight
Urban Studies
FAQ
Card Index: City as a Palimpsest