The author’s transformation from a British colonialist into Russia's ally

At the turn of the 20th century in Russia, public attitudes towards the creator of Sherlock Holmes went through changes even more dramatic than readers’ perceptions of the famous fictional detective. While initially op-ed writers and literary critics portrayed Sir Arthur Conan Doyle as a British militarist, colonialist and 'tabloid novelist', later, reviewers lauded his 'versatile and powerful talent' and welcomed his interest in Russia, according to Maria Krivosheina , lecturer at the HSE School of Philology. 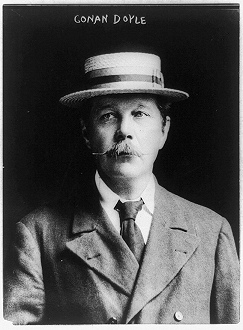 In 1901, Russian commentator Sergei Oldenburg described Conan Doyle as a writer reflecting the passions shared by 'Brits of a well-known type', namely 'war, robbery, hound hunting and fist-fighting'. Oldenburg was referring to The Green Flag and Other Stories, a book which was not part of the Sherlockiana but instead, focused on war and sports. In the early twentieth century, Russian critics 'paired' Doyle with Rudyard Kipling in a rather unflattering context: both were disliked as champions of 'predatory' British colonialism and nationalism, and their emphatic 'Englishness' was perceived as annoying.

But after just a few years, the tone of comments began to change. During World War I, in which Britain was Russia's ally, the press referred to Doyle at least with respect and often with admiration, describing him as a living classic and almost a Russophile.

Maria Krivosheina hasstudied articles about Conan Doyle in the Russian press of the late 19th and early 20th centuries, focusing specifically on his work outside of the Holmes canon, such as the historical series about the Napoleonic wars, The Exploits of Brigadier Gerard, horror stories, such as the neo-Gothic The Lost Special, other writings on mysticism and adventure, and medical prose.

Over the 20 years – mid-1890s to mid-1910s – covered by her study, Russian magazines published translations and adaptations of a wide variety of Doyle's writings, some of them as 'negative examples', e.g. because critics found them to be pushing British values, and some others for the simple reason that Doyle's name guaranteed a high circulation for their magazine.

In describing the change of attitudes towards Conan Doyle in Russia, it makes sense to begin midway between the time when Russian critics no longer blamed him for 'British chauvinism' as in the late 19th and early 20th centuries, and the time when he received wider public recognition in Russia.

In 1909, to mark Conan Doyle's 50th anniversary, Priroda i Lyudi (Nature and People) magazine devoted a panegyric to him, and while his detective series was mentioned in passing, the magazine focused more on the writer's work outside of the Holmes canon, giving abundant praise to stories about Brigadier Gerard, Micah Clarke, English religious strife, and The Refugees – an historical novel from the Louis XIV era.

This new praise seemed to completely ignore the earlier attitudes when Doyle was dismissed as 'a banal writer' and judged for his political affiliation and for being an embodiment of 'perfidious Albion'.

The anonymous author of the celebratory article exclaims, 'What could be more relevant than the adventures of Holmes exposing behind-the-scenes secrets of our criminal chronicles? …or the Round the Red Lamp series of medical stories? …or The Firm of Girdleston immersing you in the thick of England's industrial life?'

A talent as versatile as Conan Doyle's, the author concludes, 'would be enough to make half a dozen writers famous'.

A 'detective epidemic' swept the country at the time: inspired by the Baker Street detective's success, hordes of aspiring authors were trying to outdo one another in writing 'quasi-Holmes' stories, which were somehow published and apparently consumed by readers. Contemporary critics, however, predicted such imitations would soon be forgotten (‘washed away by the waves of time') and made a clear distinction between Doyle and his epigones. Indeed, as the imitation boom began to decline, Doyle's own voice sounded even louder, Krivosheina notes.

Dismissed or attacked by Russian critics just a short time before, the author was now seen as a classic or at least as a major social, political and literary figure. Not only his stories but also his speeches were published. In the midst of World War I, the Rannee Utro paper republished an interview from Daily News in which Doyle shared ideas for propaganda posters.

There were other examples of growing interest in Doyle.

The Argus magazine in Petrograd received exclusive rights from Conan Doyle to publish new translations of his work.

The Russian press printed stories about Russian writers meeting their British colleague, including Alexey Tolstoy and Korney Chukovsky's accounts of their encounters with Sir Arthur in London. In his London travelogue (1916), Alexey Tolstoy recounts his conversations with Doyle, which were about war rather than literature. 'He [Sir Arthur] wears a recruit's badge, and his son is fighting as a soldier in France', Tolstoy wrote showing warm feelings towards Doyle.

Tolstoy also mentioned the Anglo-Boer conflict which Doyle wrote about in the early 1900s, having served as a military doctor in that war and then becoming its first historian. Tolstoy emphasised that The War in South Africa, Its Case and Conduct was the book that brought its author the knighthood.

Ironically, when this book was first translated and published in Russia, the critical response was less than favourable.

During the Anglo-Boer conflict, Russian society clearly sympathised with the Boers. The fact that The War in South Africa was promptly translated into Russian and published (in 1902 in Odessa) evidenced Russian interest both in the war and in the writings of the British 'colonialist' Conan Doyle. It was indeed a 'negative example' of literature that many people felt they needed to be aware of but rejected the author’s ideas.

According to one critic named Orlov, 'The prevailing tone is that the Brits' rights are indisputable and everything they do is perfect'. Conan Doyle's 'Britishness' was indeed a bone of contention at the time.

Later, however, when Russia and Britain became allies in World War I, Doyle’s patriotism no longer aroused hostility in Russian society but was considered a virtue.

In 1916, the British writer was hailed as almost a Russophile after his message beginning with the words, 'Dear Russian friends and brothers!' was reprinted in several newspapers and published as a separate leaflet entitled When and How Peace Will Be Made! Criticised earlier for his 'militarism', Doyle was now portrayed by the Russian press as a champion of peace. 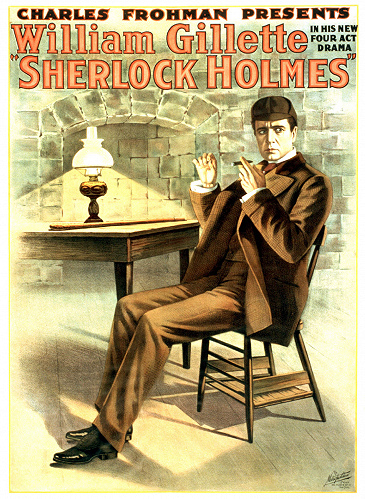 They Do Not Need Doyle

At first (approximately until 1905), the writer's reputation was unstable in Russia not only due to the political context but also because of the 'Russian readership's ambivalence towards imported detective fiction'. The masses would develop a taste for it later on.

In the early 1900s, some critics contemptuously dismissed Conan Doyle's 'crime novels'. A critical review predicted Doyle's writing would disappear from bookstore shelves as soon as 'the tastes [of new readers] develop'.

In 1905, Russian journalist N. Gor described Doyle in Vsemirny Vestnik as a 'vulgar <...> tabloid novelist', while recognizing writer's ability to create an intriguing twist within his stories.

One way or another, Gor assessed Doyle's work from almost Marxist positions, stating that the intelligentsia and the 'awakening popular masses, striving <...> ardently <...> for mental and spiritual development' did not need Conan Doyle.

Suvorin's Novoye Vremya (or rather, its literary supplement) greatly affected Conan Doyle's reputation in Russia. The publication was the first to notice and publish the author, before he became widely known to the Russian public. The magazine began by publishing Doyle's stories about Brigadier Gerard rather than the detective Holmes, mindful of society's controversial attitudes towards detective. Later on, they published some of Doyle's mystical novels, still avoiding the Sherlockiana.

But with the writer's growing popularity, all types of his writing were eventually published. Doyle's name was a brand promising high profits.

His Sherlockiana became widely popular, and his texts were translated into Russian almost immediately after their release in Britain: this was the case with The Hound of the Baskervilles released in Russia just one month after its publication in the Strand Magazine.

Women's magazines also published Doyle's writing: five of his stories – mainly historical and mystical but just one about Holmes – appeared in Modny Svet (World of Fashion). The writer who is sometimes ironically described today as  the 'biographer' of the brilliant detective  was first known in imperial Russia as a much more multifaceted and controversial literary figure.


Study author
Maria Krivosheina, Lecturer, HSE School of Philology.
Author: Olga Sobolevskaya, April 16, 2019
All texts by
Literature History history
History
Introduction to Daurian Gothic
What it is and how it has emerged in Transbaikalia
International Affairs
History
Drinking Diplomacy
Fraternal Culture in Early Imperial Russia
Culture
Living and Dead
The Soviet experiment seen through the lens of funeral culture
History
Culture
Communisation of Death
How Soviet ideology contributed to the culture of mass graves
History
Overcoming the Revolution
Why Russia is still experiencing the effects of the 1917 October Revolution
Spotlight
Urban Studies
FAQ
Card Index: City as a Palimpsest