‘Only a short-term effect has been observed so far’

The U.S. company Pfizer and the German firm BioNTech recently thrilled the world with the announcement that they had successfully completed Phase 3 trials of their BNT162b2 vaccine for COVID-19. Global stock markets and oil prices were buoyed by the news and a heated discussion ensued on social networks over the effectiveness of the vaccine and the prospects for widespread immunization. IQ spoke with HSE Department of Health Care Administration and Economics Professor Vasily Vlasov regarding the short-term prospects the new foreign-made COVID-19 vaccine that is almost ready for mass production. 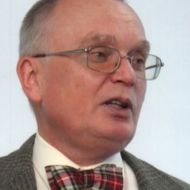 Can we believe the claims that this entirely new vaccine is 90% effective?

All discussions of this vaccine should keep in mind that this is a preliminary and approximate evaluation. Overall, though, it really does mean that approximately 10%, or only one in 10 of those vaccinated, would get the disease. On a national scale, whereas 1 million people could get the disease in the absence of a vaccine, with the vaccine, only 100,000 people would fall ill.

The Pfizer/BioNTech vaccine is completing the final phase of testing. Does this represent a true breakthrough in the search for a COVID-19 vaccine — and in science generally?

Yes, it really is a breakthrough. We can say so because of the fact that it has passed all the necessary stages of clinical trials. Prior to this, many people cautiously said, ‘If a vaccine appears, then…’ And I was also one who always said it was uncertain whether a viable vaccine would appear. However, if this vaccine works, it means that modern technology works and that humanity has a very good chance of coping with COVID-19.

To a large extent, all of the current pessimism in the world stemmed from the fact that it is impossible to ‘beat’ the epidemic without a vaccine. And this has had an effect on life everywhere in recent months. It is no surprise that global stock markets began picking up after the news from Pfizer and BioNTech. It is also a major achievement in that it improves humanity’s global outlook for the future.

Do you think alternatives to the Pfizer and BioNTech vaccine could appear in the near future?

Of course. Russia’s Sputnik V vaccine that the Gamaleya Research Institute of Epidemiology and Microbiology (GRIEM) is developing, as well as some other Russian and foreign vaccines have a chance of succeeding. I am cautiously hopeful that several products will demonstrate comparable effectiveness by as early as the first quarter of 2021.

The media is reporting that the new vaccine must be stored at minus 70 degrees Celsius, which will complicate transporting and administering it. Do you think there is a risk this vaccine will be unsuitable for widespread use?

The only reliable information we have is from the vaccine developers themselves. I would not put too much stock in what others say about the nature of the vaccine. For now, we have no definite confirmation that the vaccine must be stored and transported in this way.

The development and testing of the vaccine has taken less than a year to this point. Is this fast, even considering the state of science and technology today? If so, will it pose a greater than usual risk to public health?

It is unquestionably very fast. But we must keep in mind that modern technologies make such high-speed developments possible. Yesterday’s technology, for example, was to infect animals and extract a weakened virus from their blood or to use chicken embryos, as is done for the flu virus, and so on. Of course, unlike modern methods, it would have been impossible to develop a vaccine so quickly using such outdated approaches.

Keep in mind, though, that the speed of the technology has little bearing on the safety of the vaccine. However, it is very difficult to speed up the process of conducting effectiveness and safety trials. Of course, the way COVID-19 vaccines are being rushed does raise concerns, but nothing can be done about it because the world needs a vaccine.

What possible side effects could result from this accelerated approach?

The most important side effect is uncertainty about effectiveness and safety. Unfortunately, this applies to many vaccines, including those against flu, and particularly those designed for young children and the elderly.

The Pfizer and BioNTech vaccine, like other COVID-19 vaccines, will still undergo a test cycle, albeit a shortened one, which we can assume will identify the main risks.

How long-lasting would be immunity from the vaccine, given the fact that new strains of coronavirus are emerging, such as one that affects minks and can be transmitted from them to people?

At this point, we can only say that tests have shown a short-term effect of one month after vaccination. It remains unclear what will happen next. It might produce very strong immunity or, conversely, weaken very quickly. And yes, we know practically nothing about the emergence of new strains of the virus. The possibility exists, but it remains unclear how dangerous they might be or how frequently they might appear.

Read more
Coronavirus Was Brought into Russia at Least 67 Times. SARS-CoV-2 entered the country not from China

How would you assess the prospects for widespread international vaccination next year given the fact that the wealthier countries are planning to buy up huge batches of it? Wouldn’t that cause a vaccine shortage at the outset? For example, the WHO is concerned about all the commotion over the vaccine and speaks of ‘vaccine nationalism.’ How realistic is it to provide the world with several hundred million doses of the vaccine within one year’s time?

It is normal for a country to strive to provide healthcare, including vaccinations, to its people. Governments must take care of their citizens. There is no other way. Any government that acts differently would be overthrown. Therefore, they conclude contracts for the vaccines in advance and it is very important that they are conditional, meaning that they go into force only if the vaccine in question is proven to be effective.

Of course, the ‘vaccine nationalism’ issue is important. What will become of the poorer countries that can’t afford to produce vaccines themselves? In fact, the WHO has done a lot of work on this already. The COVAX alliance has been set up to provide the vaccine to poor countries as well. It is a mystery to me as to why Russia is not part of it.

As for the release of several hundred million doses of the vaccine in 2021, it is difficult to know exactly, but I think we can trust Pfizer’s statements. They know how to produce vaccines on a global scale.

Will this vaccine ever be available in Russia, and if so, how soon?

Of course, it will eventually appear in Russia. It is a product, after all. I think that if Russia were part of the international cooperation on a vaccine, it would be among the first to receive it. But since Russia does not participate in this cooperation, for the next six months we’ll have to rely on our own efforts, on what we can produce ourselves.

How would you evaluate the prospects of the Sputnik V vaccine developed by GRIEM?

Both the Sputnik V vaccine and that from Vector in Novosibirsk are in Phase 3 trials. If Russia had better technological capabilities, we could be at approximately the same stage as Pfizer is now. If to believe press reports, however, the Gamaleya Institute lacks production experience and so their vaccine output is limited. That’s why the trial phase of their vaccine is proceeding more slowly than the international BigPharm companies. However, there is still a chance to improve the results before the end of the year.

Unlike Pfizer, the GRIEM has already received Emergency Use Authorization (EUA) based on the first two phases of testing. Pfizer and BioNTech will apply for authorization only after the Phase 3 trials are finished. The Sputnik V developers have issued a statement that, based on a preliminary assessment, its vaccine is approximately 92% effective. However, this estimate was made too early — even before vaccination of all the participants was completed and based on an extremely small number of participants. For this reason, is only approximate.

So Russia has taken a somewhat radical approach to create a vaccine?

In some sense, yes. Of course, there is a good chance that the Phase 3 trials will be successful and that the resulting product will go from being considered a 'deviation' from the generally recognized international standards to falling within the 'normal' range, making it interesting not only for Russia but also for other countries.

Do you think the production of new vaccines will gain importance given the fact that new pathogens and new strains of coronaviruses might appear?

Even if no new problems were to appear, humanity would continue to develop new vaccines. There are still many diseases for which treatments are limited and for which we still have no vaccines. So vaccinologists will be very busy for a long time to come.
IQ