Female employees with children tend to earn less than their childless colleagues, but the difference is usually small, at 4% on average.

Working mothers tend to earn, on average, 4.1% less than women without children, but this difference in pay – often termed a 'motherhood penalty' – only affects mothers with younger children: employers do not usually ‘penalise’ those whose children have grown up. Biryukova and Makarentseva examine possible reasons for this pay difference in the paper 'New Estimates of Motherhood Penalty in Russia'.

Many employers do not favour employees with children, assuming them to be less productive. In addition to this, some companies tend believe that such workers have additional costs due to absenteeism caused by the child’s illness or school needs. Working mothers are often less mobile than childless colleagues, refuse to work overtime and tend to rush home immediately after work hours (see Why Combining Career and Family Is Difficult for Women). Colleagues sometimes perceive them as unreliable in cases of business emergency or deadline pressure, and therefore not quite part of the team – be it routine work, projects or parties. 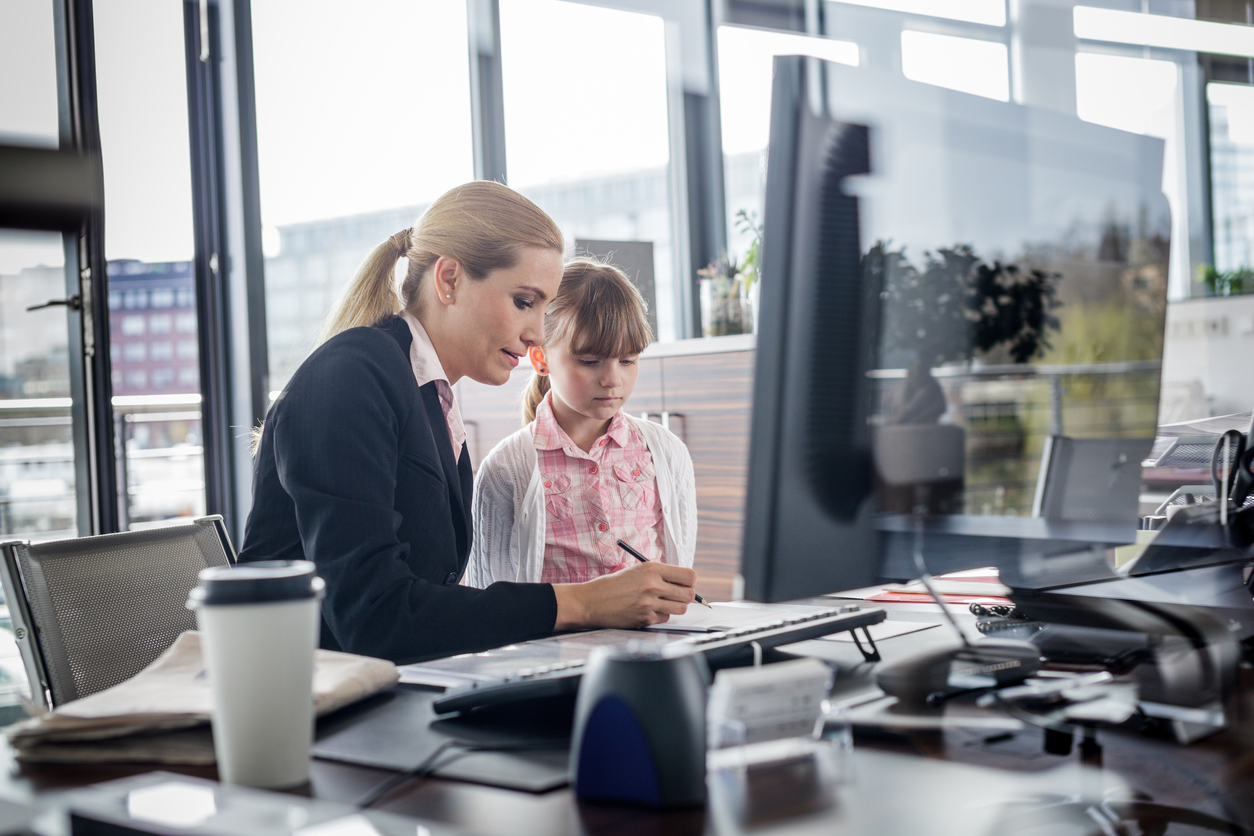 Many employers find ways to pay less so to this type of 'problem employees' (see Mothers and Pregnant Women Not Favoured by Employers). The resulting pay discrimination, where women with parental responsibilities are paid less than women without children, is often described as 'motherhood penalty'.

"No employer will explicitly cut a working mother's salary – they would simply hire her for a position which pays less," Biryukova explains. "Far from all women return to their previous jobs after maternity leave – not just in the same company but more broadly at the level of the economy."

Indeed, certain popular stereotypes tend to justify underpayment to working mothers, e.g. "They [employees with children] just go through the motions at work, while their concerns are elsewhere," or "How can you expect them to perform at work, when they have children and all those problems [at home]?"

In addition to the above, Biryukova and Makarentseva cite other possible reasons for underpaying working mothers, based on findings from theoretical and empirical studies.

In particular, a woman's professional skills may get 'diluted' or partially lost while she is on maternity leave and will take time to recover.

In addition to this, spending time on maternity leave affects a woman's seniority and work experience: she may later face problems with performance and productivity once she is back at work. According to the researchers, factors related to job qualifications are "particularly relevant for Russia due to long maternity and parental leaves."

However, mothers of preschool children tend to choose less demanding employment and prefer remote and flexible jobs. Not all children go to kindergarten, and some of those who do often get sick, while hiring a nanny is not an affordable option for many families.

Indeed, many women are forced to sacrifice their careers and professional ambitions for the family (see Why Women Executives Are Rare). Working mothers "are unlikely to get promoted or assigned to good projects," according to respondents in one study (Why Combining Career and Family Is Difficult for Women). "How can one even talk about professional development? Having a job is already a good thing," says a poster to a popular parenting forum. Another poster echoes her, "I have almost given up on career ambitions since the birth of my second child. My employer would not consider me for a raise, although I perform like everyone else."

Pros of Employees with Parenting Responsibilities 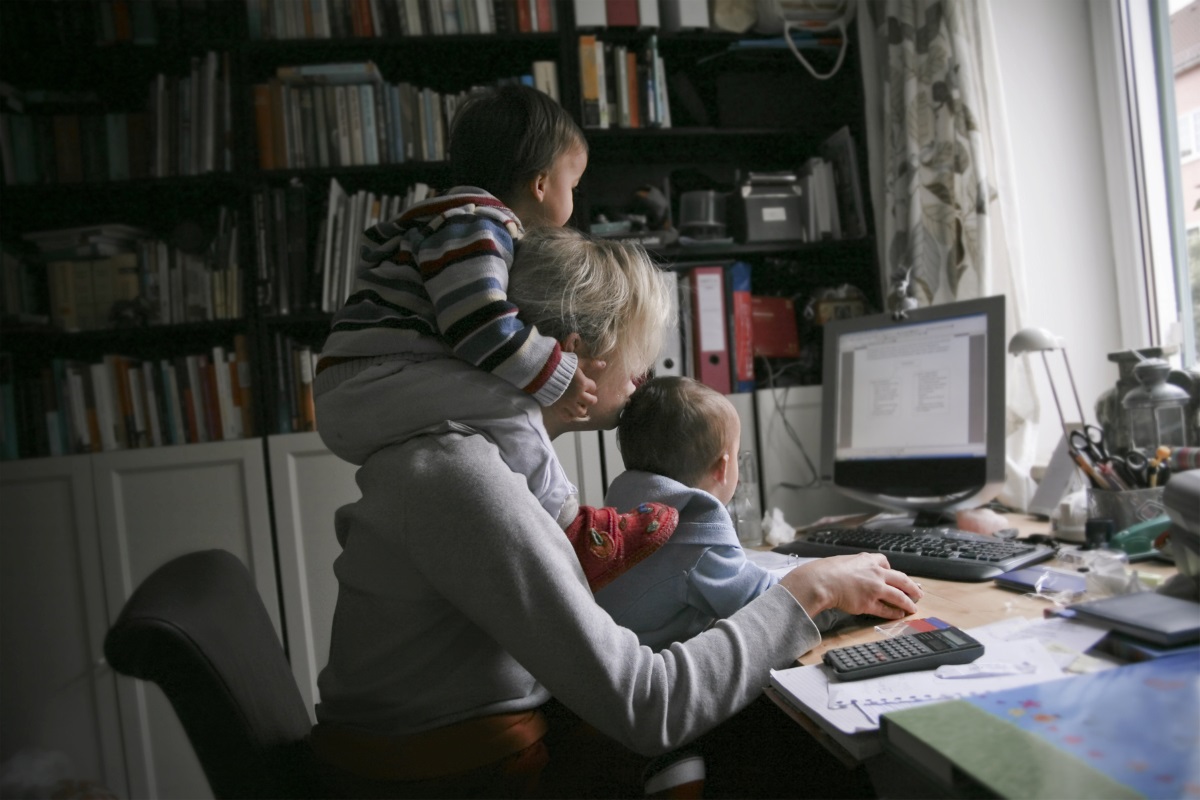 According to another perspective, however, working mothers are often better organised and more efficient than employees without young children (see Why Combining Career and Family Is Difficult for Women). Mothers also tend to value having a job somewhat higher, as they need to provide for their children; many are used to multitasking and often take less time to perform assignments.

In addition to this, differences have been found between unemployed women with and without children in terms of attitude to work, proactivity and enterprise. Thus, a survey in Moscow reveals that female Muscovites with children have a higher proportion of those prepared to take up a job right away: 52% versus 36% of women without children; 42% of mothers report seeking a job or starting their own business versus just 28% of women without young children.

The average 'motherhood penalty' – i.e. the difference in pay between female employees with and without children – stands at 4.1% in Russia, according to Biryukova and Makarentseva's estimates, based on 1,433 observations on employed women aged 20 to 44 from the nationally representative survey RLMS-HSE (23rd wave, 2014). However, factoring in women's education has resulted in a pay gap estimated to be some 1.5 times greater.

Not only do women with a university degree face a 6.5% 'motherhood penalty', but they are paid less than childless colleagues after the birth of their first child, while women without higher education only face a pay difference starting with their second child.

The reason, according to Biryukova, may be that "employees in the highly-skilled segment face stricter performance standards." The more attractive a position and tougher the job requirements, the less likely it is that an employee will be able to successfully combine work with parenting responsibilities, given the child's schedule and kindergarten hours.

Another reason why highly educated women may face higher 'motherhood penalties' is that their substantial human capital, including work-related knowledge, skills and experience, needs continuous investment and upgrade over time. "In addition to possessing higher human capital to start with, highly educated employees are more likely to update their skills, master new competencies and engage in lifelong learning," according to Biryukova. "By taking a break from work for 18 to 36 months, a woman may not only lose some of the skills she had before the birth of her child, but also fail to develop new ones, which reflects on the size and duration of her 'penalty'."

In any event, the recent ‘motherhood penalty’ estimates are lower than those made a decade ago based on the RLMS-HSE 2003-2005 sample and indicating an 8.1% lower salary for women with young children compared to those without children.

As a possible explanation, the lower ‘penalty’ may be due to recent developments in the labour market, specifically those affecting the structure of employment. "Russian economy's gradual shift towards non-material production and growth in the segments of intellectual services, such as informational and educational technology, consulting and design, has created slightly more opportunities for remote employment," according to Biryukova. "Perhaps, this allows mothers to shorten the duration of their breaks from work thus also reducing 'motherhood penalties'."

However, this hypothesis requires further verification, admit the researchers.

Fortunately, 'motherhood penalties' are temporary and usually limited to the first few years of the child's life, when mothers need to spend more time caring for the young offspring. The older and more independent the child, the more the mother is able to focus on her work.

Biryukova and Makarentseva did not find any significant differences between the salaries of women having grown-up children and those of their childless female colleagues.

As a next step, the researchers plan to examine the dynamics of 'motherhood penalties' between 1994 and 2015 (i.e. at different stages of the economic cycle). They also intend to examine how 'motherhood penalties' affect women with children of different ages, notably 18 months, three and six years – the former two falling within the customary parental leave, and the latter covering the last preschool/first school year.